Identical twins or fraternal twins? How do you know?

You probably know that there are identical twins and fraternal twins. But did you know that it can be hard to assess whether twins come from one or two eggs without doing a DNA analysis?

Identical twins come from the same egg that's been fertilised by a sperm and divided. Identical twins always have the same DNA and biological sex and are genetically alike. They can look very similar, but won't necessarily. 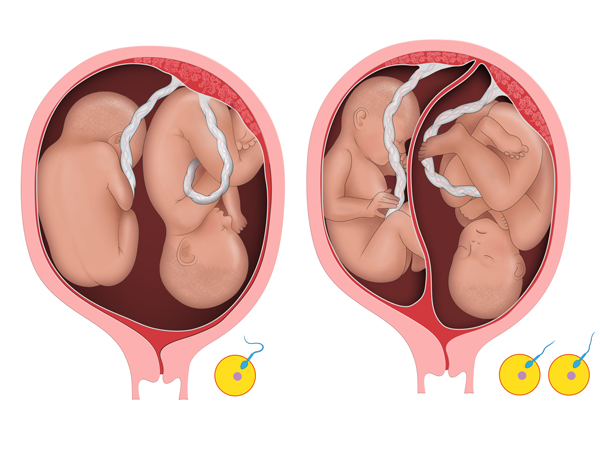 It doesn't make any difference if twins come from one or two eggs. Many parents still want to know if their children are identical or fraternal twins, and there are ways to find out.

Four ways to find out if your twins are fraternal or identical:

Hundreds of related articles, podcasts & more waiting for you in the Preggers app.

Giving birth is hard work and it requires mental training and a lot of energy. Remember the following tips or make a checklist – it’s not far now!

Not ready to tell anyone yet?

There are of course many reasons why you don’t want to tell anyone that you just got pregnant. And of course, it’s up to you to decide how and when you want to tell. Want some advice on how to hide the big news just a bit longer? Here are some great excuses for when you want to keep your secret to yourself just a little bit longer.

Don't forget to document your pregnancy with bumpies!

Bumpie is a pregnancy selfie where, instead of photographing your face (selfie), you photograph your belly. The word bump refers to your growing belly.

No, it can’t be predicted. But according to old wives’ tales, certain signs predict the gender of the child. What do you think?

My body is covered in thin, translucent skin with little tufts of hair called lanugo.